Our music is at the heart of our church’s ministry.

Our Style of Worship

Music has always had a vital role in our worship service. Each Sunday, the music helps us focus our minds on the purpose of our gathering and give expression to our joy, our longing, and our commitment. 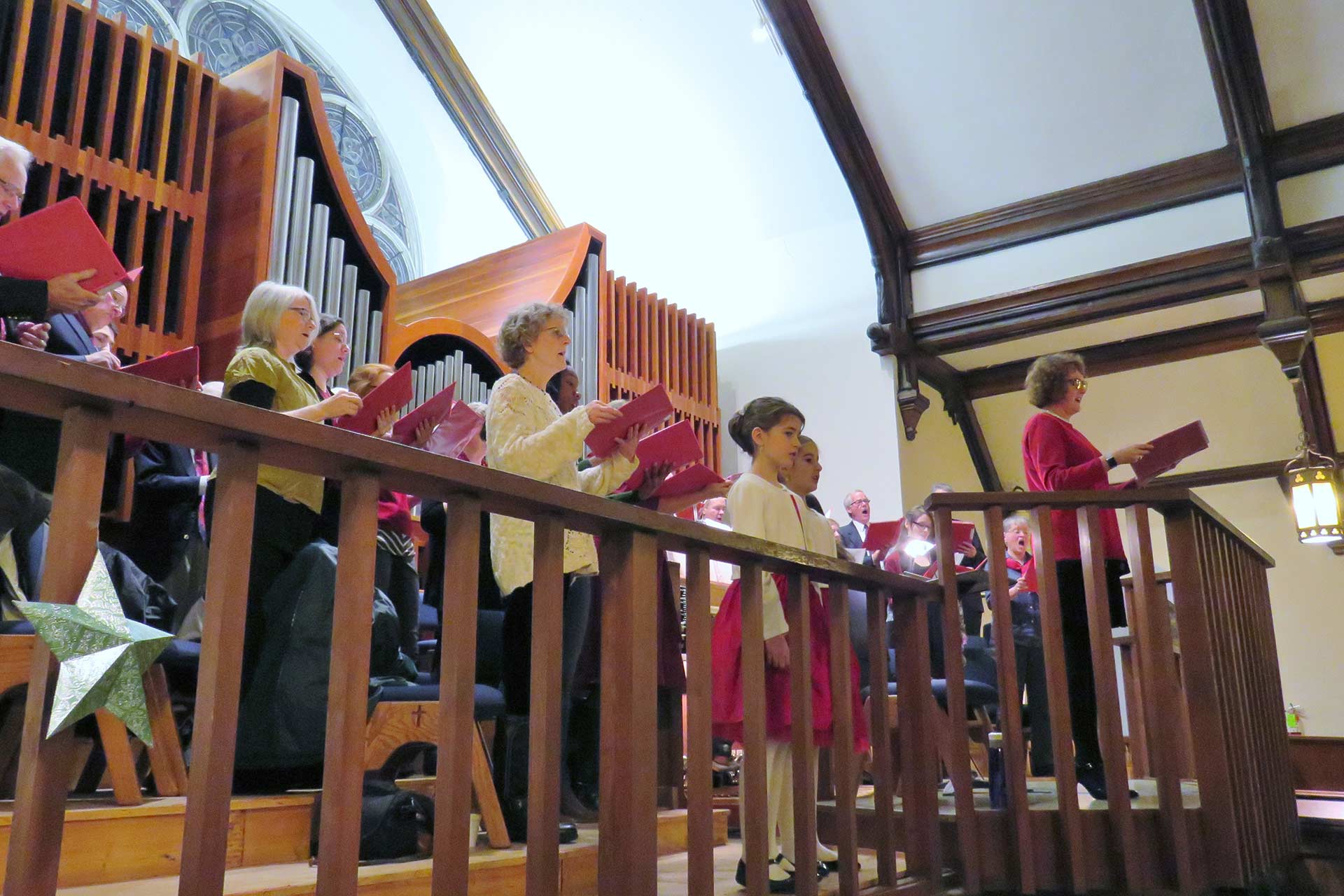 Featuring our talented Sanctuary Choir and organist, along with occasional guest instrumentalists, our Sunday morning worship service incorporates sacred music in a range of styles. The music program at First Baptist is well known for its excellence, warmth, and beauty.

Our music ministry is professionally directed and accompanied, with an adult choir and two children’s choirs open to all interested singers.

The tone of our worship is set by the warm, full sound of our historic pipe organ, played by an accomplished instrumentalist. Our organist received her doctoral degree in Organ Performance and her master’s degree in Harpsichord Performance.

Our Sanctuary Choir is a volunteer choir directed by accomplished singer and director Bonnie Kidd and supported by trained section leaders. The Sanctuary Choir rehearses on Thursday evenings from 7:30-9:00 pm and on Sunday mornings before services beginning at 9:15 am. Childcare is provided during rehearsals.

We believe that singing is a great way to express our love to God, to learn about the Kingdom of God and to build friendships with children in our church family. Led by Coley Roberts, our Children’s Choir (K-5th Grade) meets from 11:30-noon on Sundays. The children learn Bible songs and short anthems, sing in Sunday worship services at various times throughout the year, and have a fun time learning basic music skills and playing rhythmic instruments. All kids are welcome!

Concert4aCause was started by Northside Community Church, and for the past several years First Baptist Church has partnered with them in this valuable ministry. It is a community outreach event featuring first-rate musicians and supporting worthy causes in our area.

At First Baptist Church, many people have found inspiration in music offered by various musicians. Throughout the academic year, we host a concert series to nourish your spirit and enrich our community. 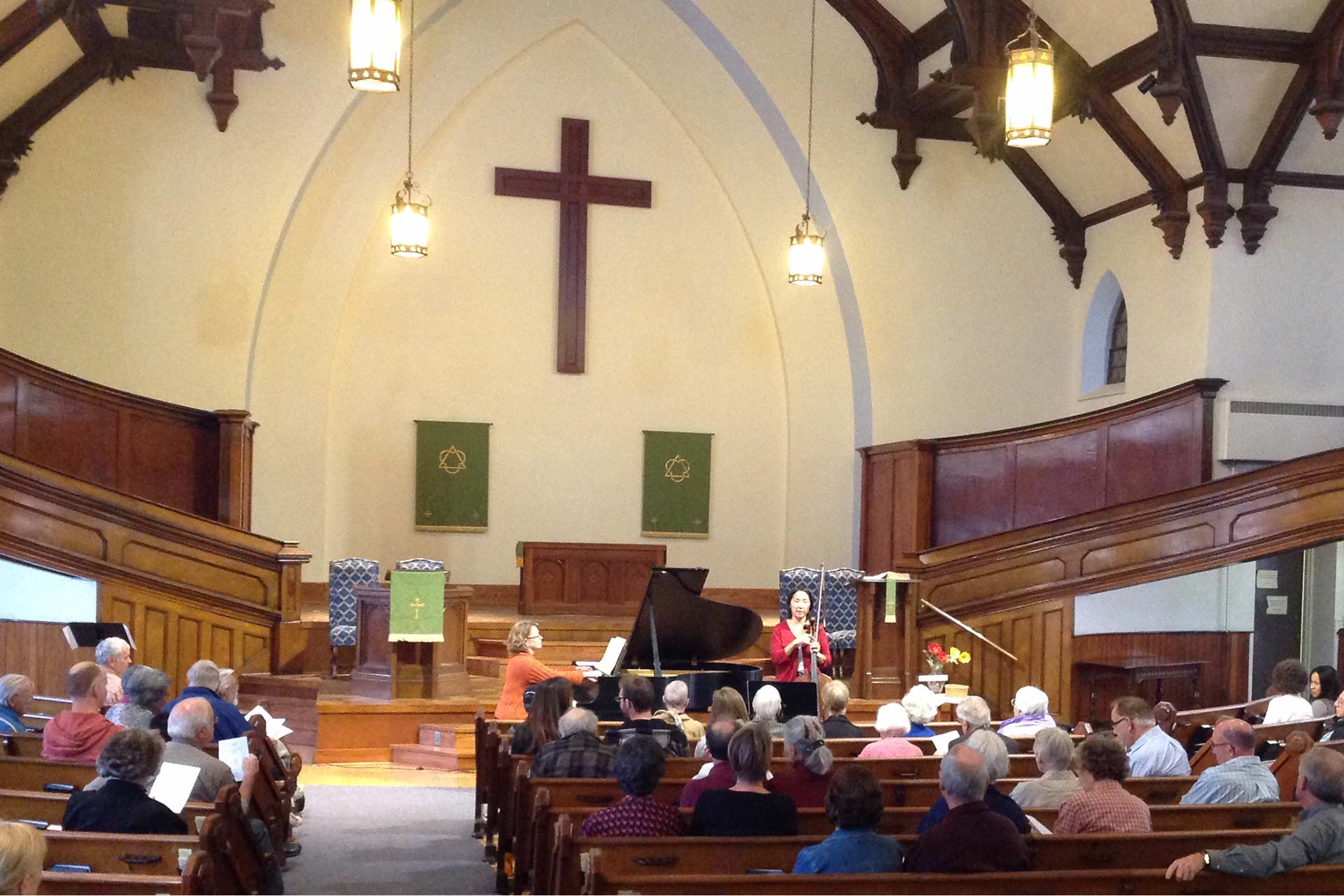 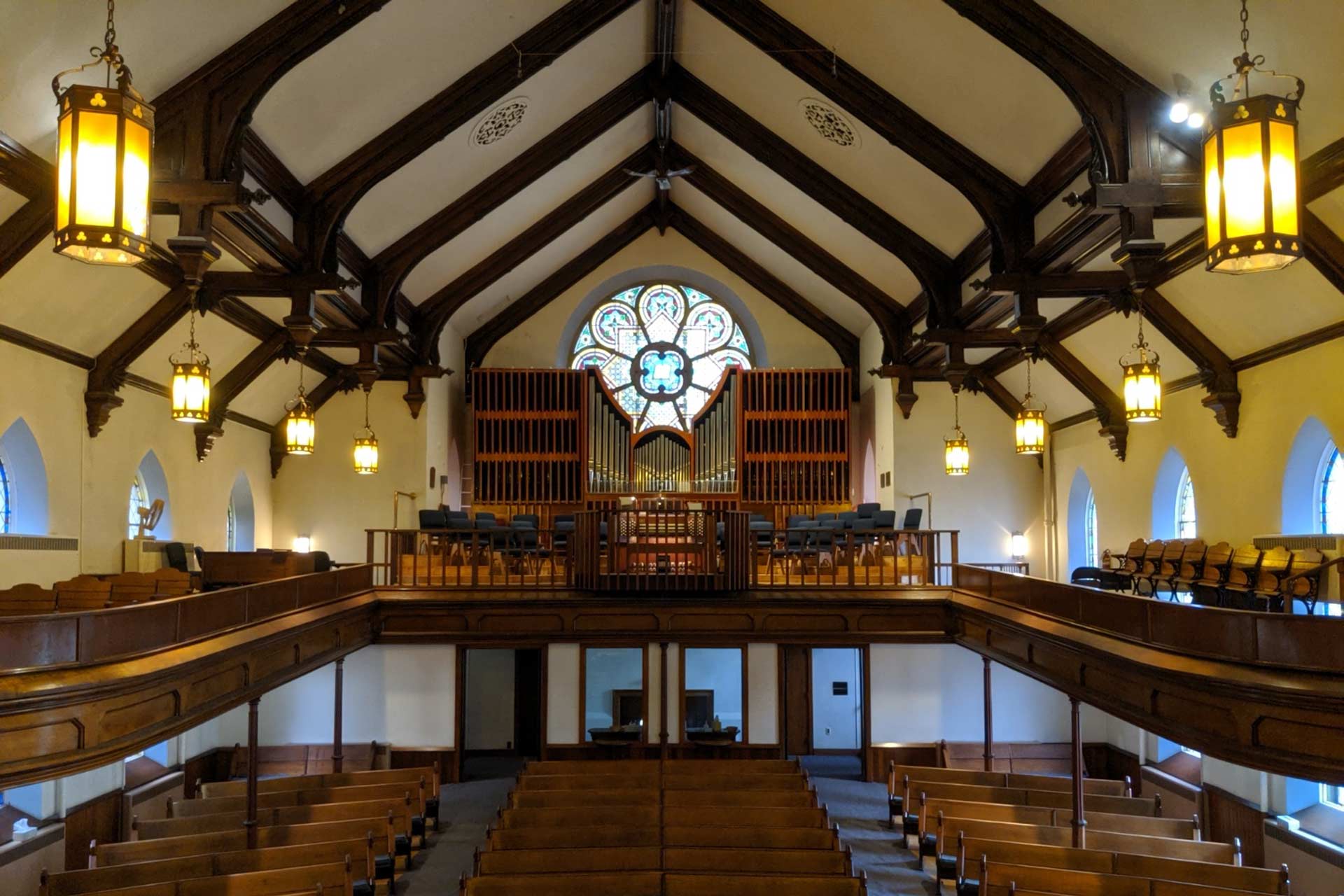 The first pipe organ for First Baptist Church of Ann Arbor was pridefully installed on April 6 in 1883 with a dedication concert being contributed to by Dr. Henry S. Frieze, Prof. C. B. Cady, and the members of the Choral Union. This organ served with varying degrees of faithfulness for 45 years, and gave indications of having reached the age of retirement. On recommendation of Prof. Earl Moore and Prof. Palmer Christian of the University of Michigan, the contract of the second organ was made with Lewis & Hitchcock of Washington D. C. for a modern, 3-manual organ with 32 stops, 19 couplers and chimes, to be completed by May 1, 1928 as part of the church’s 100th anniversary celebration. The West Bay City Baptist Church accepted the first organ for installation there. By 1963, the Lewis and Hitchcock Organ, which had received considerable repair , reached the point where it was no longer salvageable. The fund for the third organ was set up, and the contract with Dr. Robert Noehren was made by the end of 1964. Installation of the Robert Noehren Organ began in August, 1965. The organ was used for the first time at the Christmas Eve service that year and was dedicated on January 23, 1966, in honor of Dr. Chester H. Loucks who came to the church as pastor in 1939. Dr. Robert Noehren was University Organist and Professor of Organ at the University of Michigan and had previously built several organs throughout the United States. Placed in the balcony at the north end of the sanctuary, the organ originally had 51 stops representing 57 ranks and 2,641 pipes. The organ case was designed by Herbert W. Johe, Assistant Dean and Professor of Architecture at the University of Michigan at that time. In 2007, five digital stops were added to the pedal division. Quintadena 16’ on Great was changed to Bourdon 16’. Twelve more pipes were added to Haubois 8’ on Swell for its whole range. The unenclosed Great and Pedal Divisions are placed in the center of the organ with the Swell (enclosed) to the right and the Choir and Positiv (both enclosed) to the left.

Adapted from Washtenaw Impressions (Vol.IX, No.4, May, 1952) and History of the First Baptist Church of Ann Arbor, Michigan 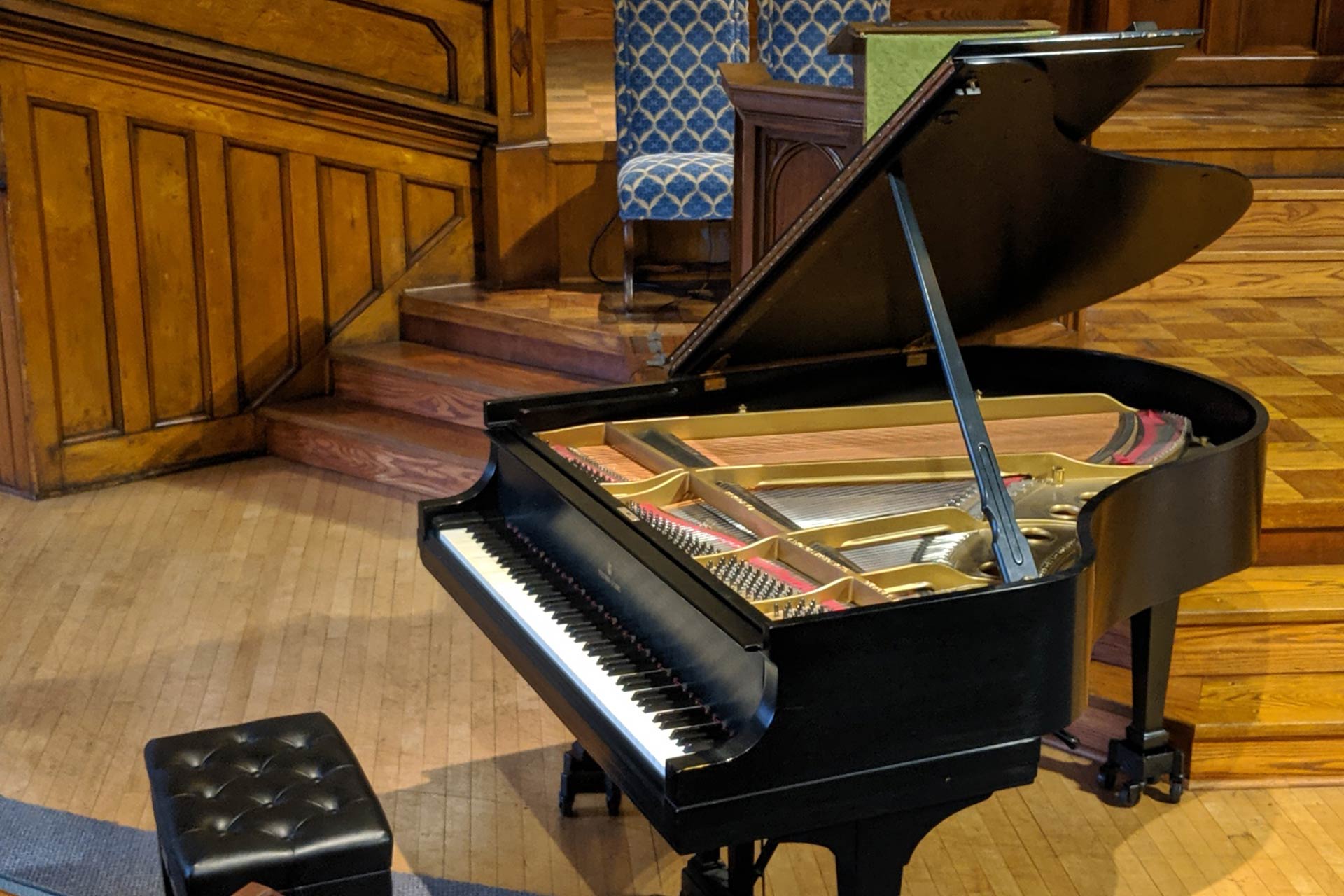